A couple of game changers?

They say change is almost the only constant, some say for some reason it seems to be especially true with musicians and tinkerers. After the update 19/04/2013 Black Doris has been pretty much in stasis. For no other reason but why not? one day a 50's/modern tone control arrangement switch was added. this was around the last 1/4 of 2014.

As you can see I decided to present the Guitar cct with out the way I drew the point to point schematic. This gives the builder some flexibility to parts as not all switches wire up the same way. 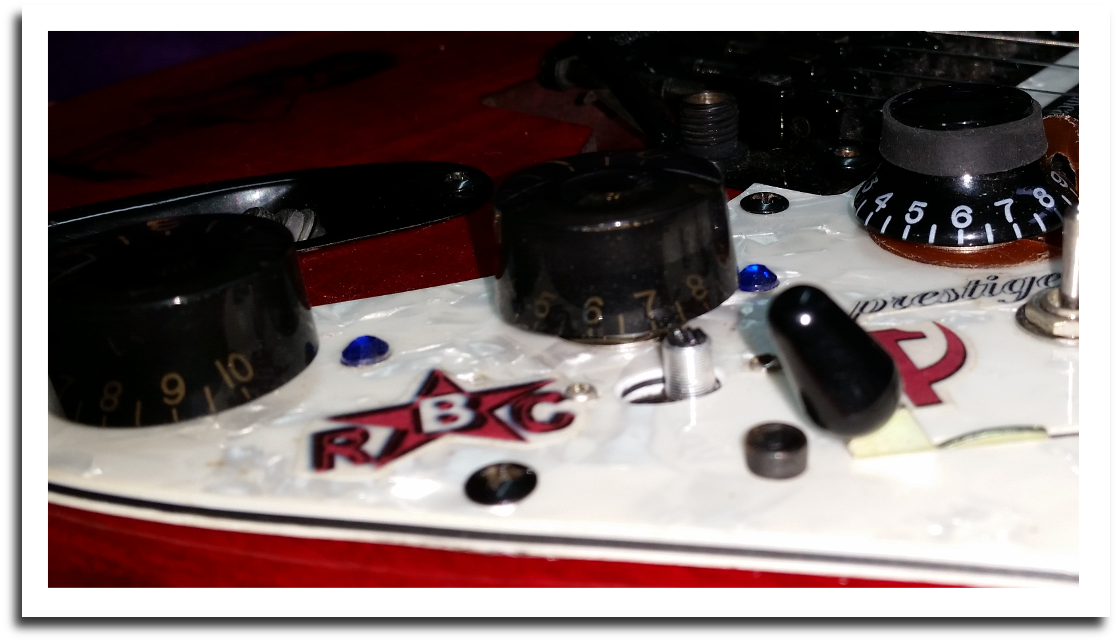 In the picture on the left you can see the switch by the tone control (SW6) and (SW5) by the volume control. At this time when I changed my tone pot (had become scratchy) and volume pot (250k too mellow), I replaced the volume control from a speed knob to a Gibson bell style with a peace of grip rubber. makes volume swells easer to manage and less chance of knocking the volume control during playing(the volume control guard is still in place). Also the 5 way sector was replaced due to the detent breaking on the import style, The old switch switched but had no stop points so it had to go. 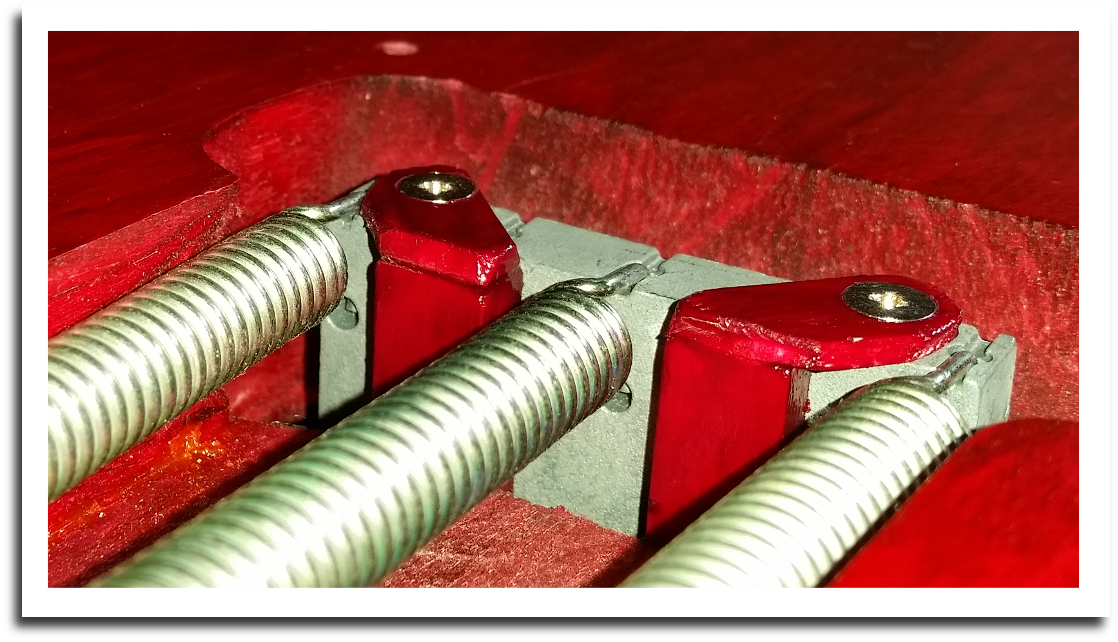 Now as much as I like my fully floating Floyd Rose and those who use these know what the problems are when you want to change tuning and the such or even little things such as bends. I had no problems with stability or changing strings even if I wanted to change string gage it all just worked (admittedly with a some fiddly adjustments). But to drop D and then back to standard tuning that was a not a good place to go. After looking at trem stop and trem stabilising devices all I wanted to do is just test the theory see how well it worked just by blocking the trem as if it was a standard style flush with the body Stratocaster type, I do have other guitars with this style of bridge and I've almost got them set for hard tale so I knew what I might be getting into. In the end after the blocks where made to get the trem stable to drop D the trem claw screws where ajusted to put more tension on the return. Now as much as I miss full floting for what I have gained I am willing to give up full floating, well till I change my mind as it would always be. Two Screws and two blocks of wood and it is all back to rights no new holes where drilled in the guitar.

So what do I get from my changes

Ok I can now subtly change the tone control response and I have the added bonus in 50's mode of being able to turn down the volume with out having to loose treble. With a all tube class A amp with a single volume conrtol and no tone controls this is cool. I can now go in to drop D easily with out throwing out the whole tuning. As I write this I'm sure I wont be making mods again but will I time will tell.