was it worth it 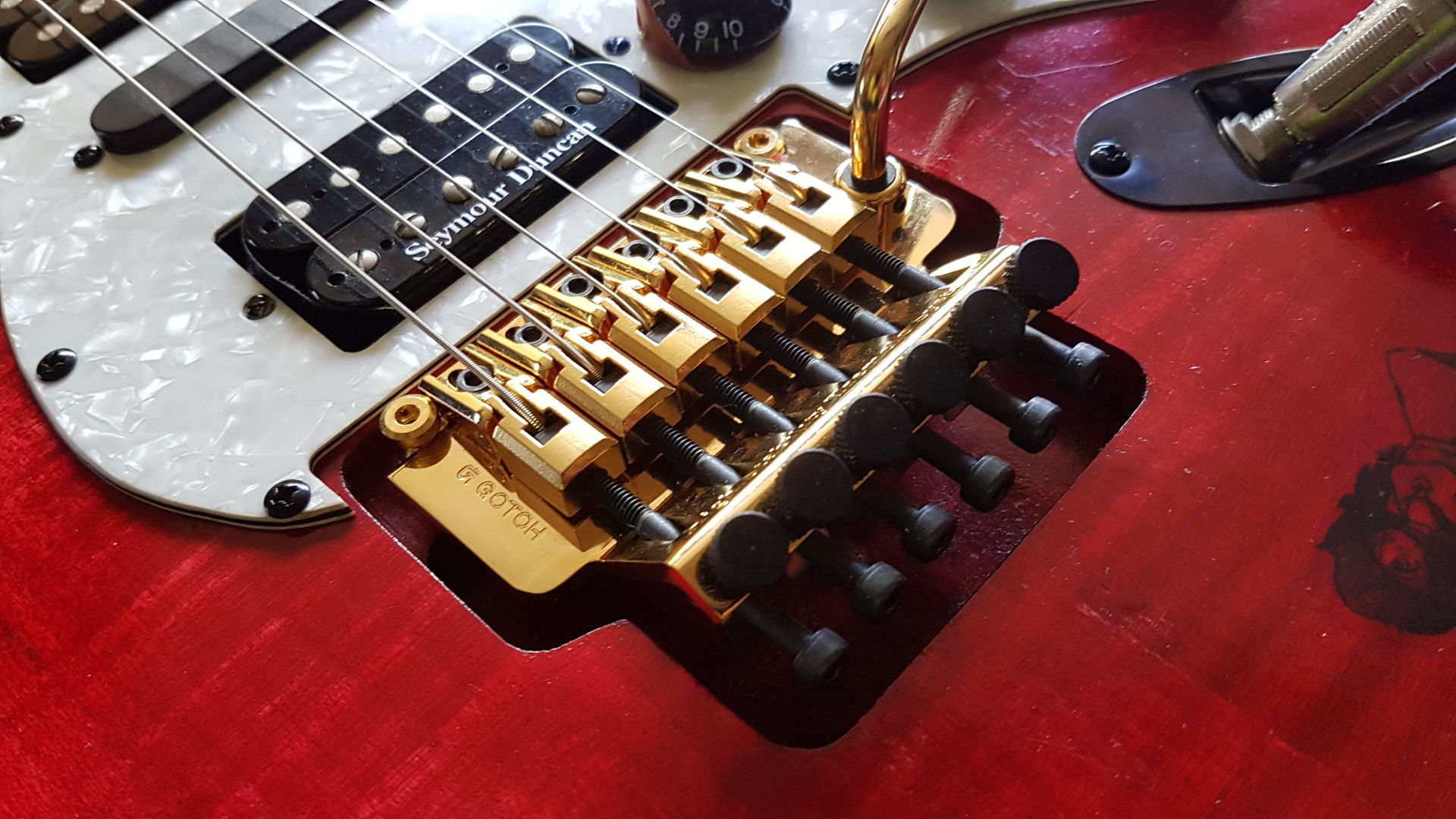 Towards the end of October 2016 Everything seamed so good with Black Doris, as they say it it the “but” in the sentence that makes the statement just said rendered in to nothing, I’m not saying that It was all great till I went to change the strings. So I polished up the Frets and cleaned up some of the hardware when the strings where off and it was going so well, As the first string went on the block that the big cap screw goes in to for clamping the string in to the bridge just tore out the threads. Appon closer inspection all the blocks bar one where worn out, The studs that the bridge pivot on had some server ware as well as the knife edge on the bridge its self. Oh No New bridge time.

So after looking at replacement options new and cringing at the price a Black Gotoh GE1996T was put on to the wish list. Loose change and savings where put aside for this. Whilst still a long way short of the full price I happened to spy on Trade-me (NZ on line auction site) A Gold Gotoh GE1996T for some what less than I had put aside so it was bought. And to my surprise I could afford a Tremol-No unit a few weeks later!

After the parts had arrived bride and Tremol-No and seeing the quality of the parts and the differences of how things mounted A plant to get the job done and in was made including some revisions to how the guitar was held together and additions to the plan was made as challenges arrived. 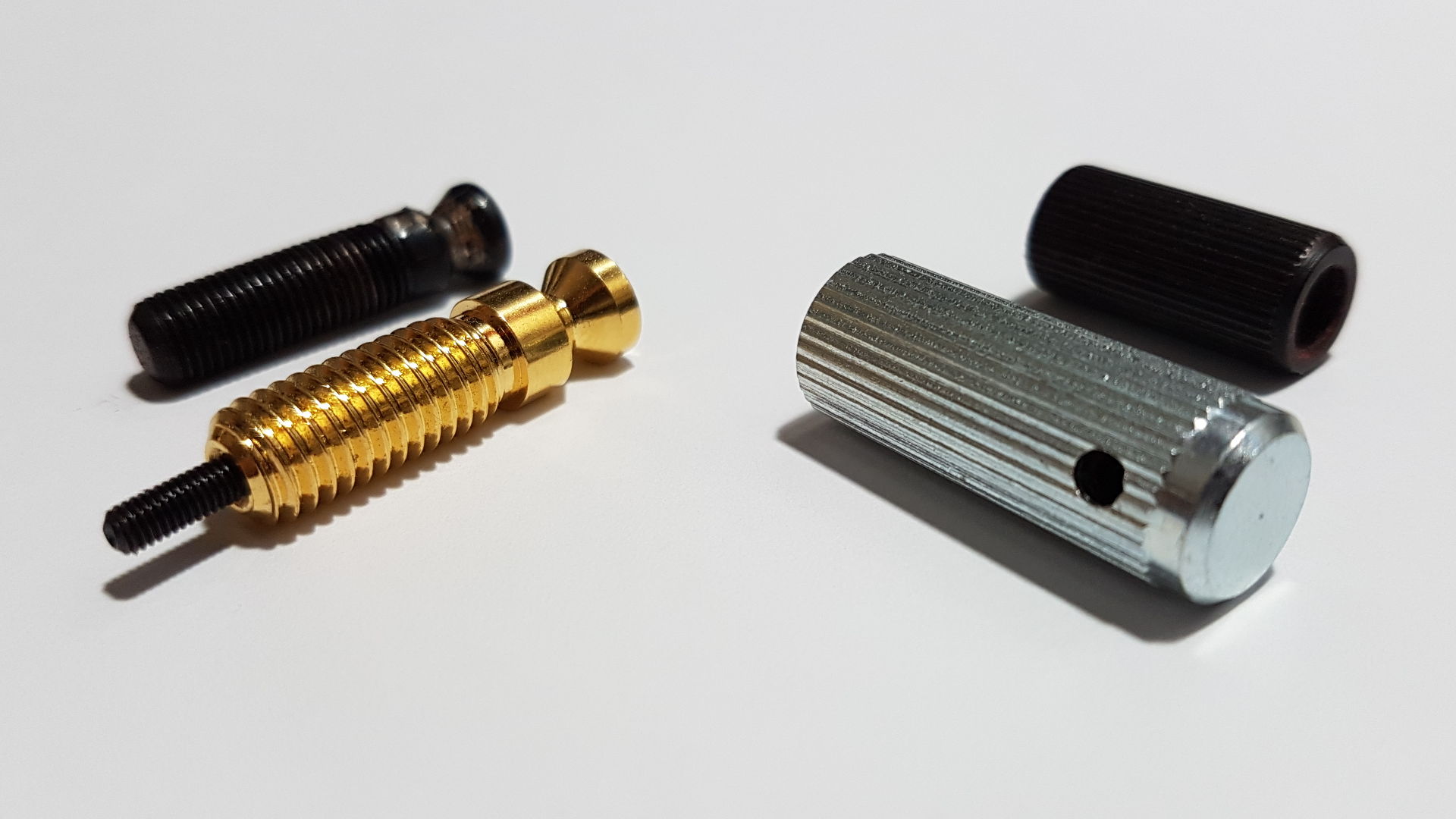 Now as you might know this guitar was a kit set guitar and although good enough to be an excellent guitar especially at the front the back trem cavity was a night mare, it was just like the frount was good enough but the back was “shell be right” everything was of just not quite centred and square in relation to the front. This made for some challenging times for set up of the Treml-No and the Gotoh bridge. Early on in the set-up we could tell the guitar sounded better (electricily) when the Treml-No went in The fixing of the trem claw cased some major problems for alignment and comfort for the player, To fix these problems the mounting screws had to be redone. During this time the feel of the trem went from Ok to Fluid and the electric and acoustic sounds became more homologous? And focussed. 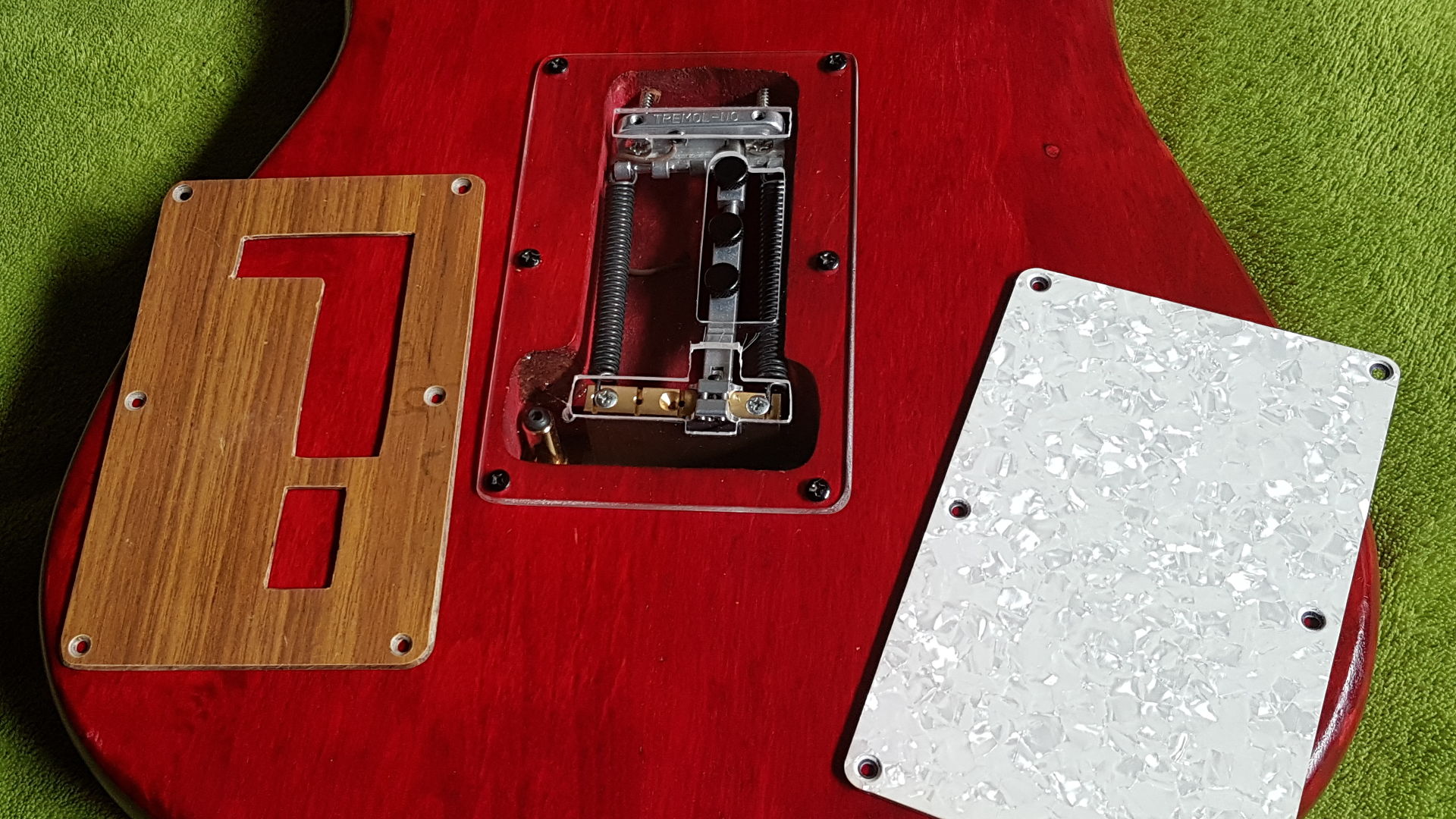 The last thing was to make a new trem cover, using a mixture of GIMP and photos and scans a new design was settled on, the first prototype was made from some off-cuts of Formica and well I did make a prototype one I had to hack it apart to make it fit better. The Second prototype was made out of 3mm clear acrylic sheet a print out was stuck to it of where to cut and drill. After it was made and a few alterations where made, it was deemed to be too clear so off to the 400grit sanding block to opaque the inside now it looks better as in you can see it.